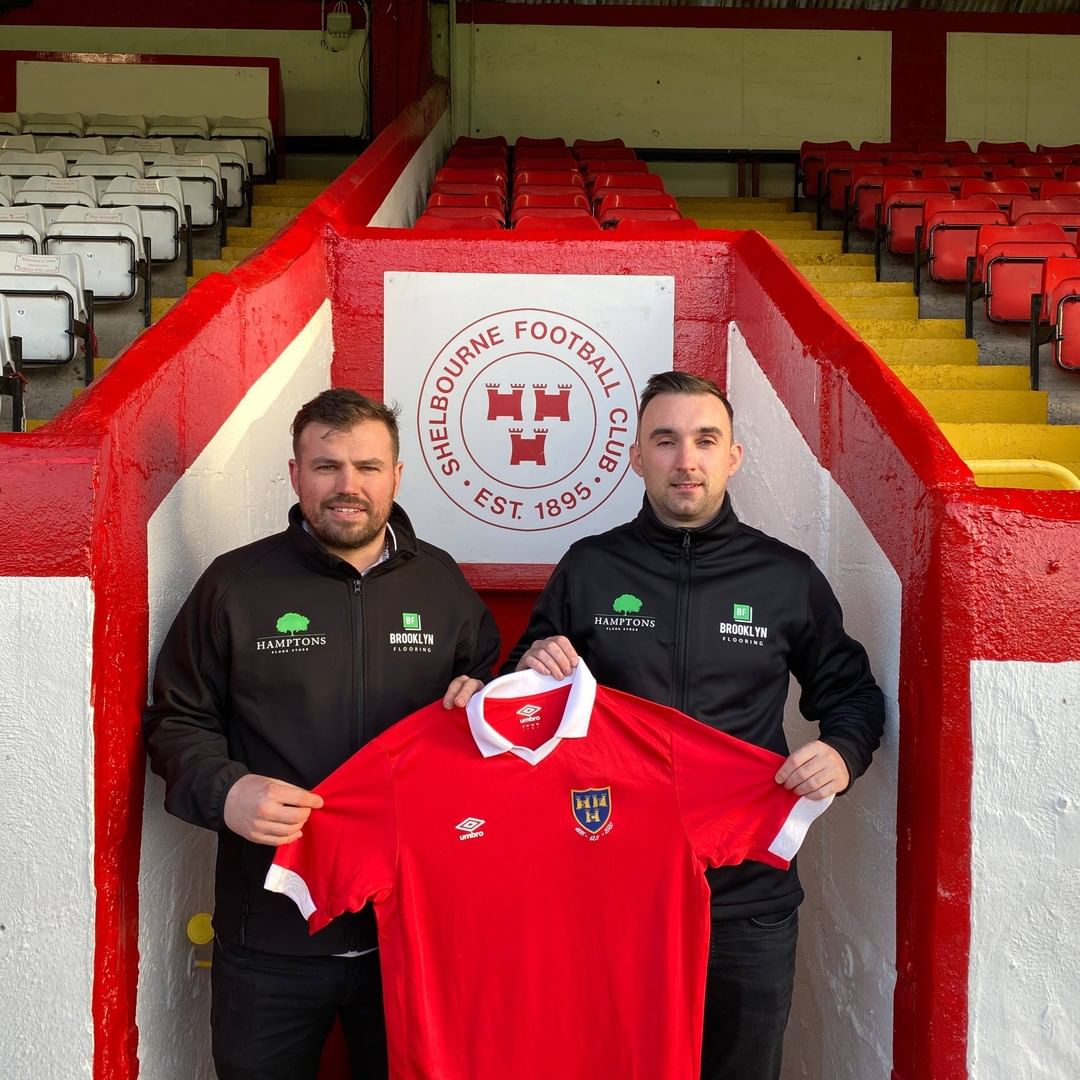 With just one day to go until the start of the new SSE Airtricity League season, Hamptons Floor Store and our sister company Brooklyn Flooring are delighted to announce our new sponsorship deals for Shelbourne FC ahead of their return to the top flight of Irish football!

Hamptons Floor Store and Brooklyn Flooring have both come on board as partners with Shelbourne FC as the club prepares to celebrate its 125th anniversary.

“We are thrilled to announce this exciting partnership with Hamptons Floor Store and Brooklyn Flooring,” said Shelbourne FC CEO Dave O’Connor. “Both Hampton and Brooklyn have shown exciting and considerable growth in recent years and we as a Club are delighted to be partnering with them as they continue to expand and develop.”

"We share their ambition and their desire for success and we look forward to working with them closely throughout the season”, he continued; “The fact that they were both keen to support both of our men’s, and also our women’s senior teams, fits perfectly into the direction we are taking as a club. 2020 marks our 125th Year Anniversary and we are delighted to have Hamptons and Brooklyn on board with us for what promises to be a very exciting year for the whole club” the Shels CEO and former League of Ireland player concluded.

Joey Prendergast, Managing Director of Hamptons shared his thoughts on this exciting sponsorship deal, “We are delighted to partner up with such an iconic football club and look forward to doing many great things together as a team in the future. All great things are built with a good foundation. That’s why we believe the youth teams are just as important as the Senior team. We will be backing each team, every step of the way.”

“We believe together our partnership will bring a stronger interest and wider awareness around the country to both the football club as well as both of our growing companies,” said Kane Kearns, Managing Director of Hamptons sister company, Brooklyn Flooring, adding "we believe in the team and the staff and have forged what we believe to be an invaluable relationship with the board members who are pushing to take this great club back to the top where it belongs.”

From both the Hamptons and Brooklyn teams, we wish each of the Shels teams and all their supporters the very best of luck in the season ahead. Come on the Reds!

For more information on this exciting new partnership, as well as special offers and flooring advice, keep an eye on the Hamptons blog.

Strictly necessary cookies
These cookies are essential for visitors to be able to browse the website and use its features. None of this information can be used to identify visitors as all data is anonymized.

Currency
Purpose: To be able to show prices in the currency matching the visitor's preferences.
Duration: 30 days.

Google Recaptcha
Purpose: To be able to validate whether the visitor is human and to limit the amount of spam from contact forms.
Duration: 1 year.
Provider: Google.


Third-party cookies
These cookies collect information about how visitors use the website, like which pages they've visited and which links they've clicked on. None of this information can be used to identify visitors as all data is anonymized.

ga
Purpose: Registers a unique ID that is used to generate statistical data on how the visitor uses the website.
Duration: 1 year.
Provider: Google.

gid
Purpose: Registers a unique ID that is used to generate statistical data on how the visitor uses the website.
Duration: 24 hours.
Provider: Google.

We also integrate with social platforms on this site that allow you to connect with your social network in various ways. Social media integration will set cookies through the website which may be used to enhance your profile on social media sites or contribute to the data they hold for various purposes outlined in their respective privacy policies.